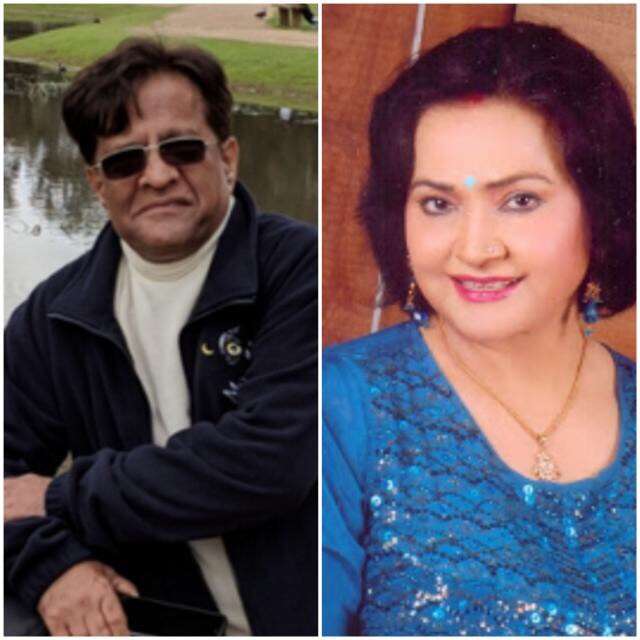 The SAJDA (South Asian Performing Arts festival) is organising an event titled the ‘Tribute to Bollywood’, presenting two internationally acclaimed artistes from India – Pushpa Varma and Prakash Jakatdar. This event will mark the conclusion of season 1 of the SAJDA festival. Both are eminent personalities who have made significant contributions to Bollywood in their own ways. They are multi-faceted personalities who embody different genres of Bollywood.

Pushpa Varma’s show ‘Bollywood ki Baatein’ will be held in Manchester on Friday evening 23 August at the prestigious Timperley Sports Club. At the same venue in Manchester on 14 September Prakash Jakatdar’s show ‘Living the legacy of whistling and Harmonica’ will take place and he performs in London on 15th September at premier dining restaurant Kho Kho. 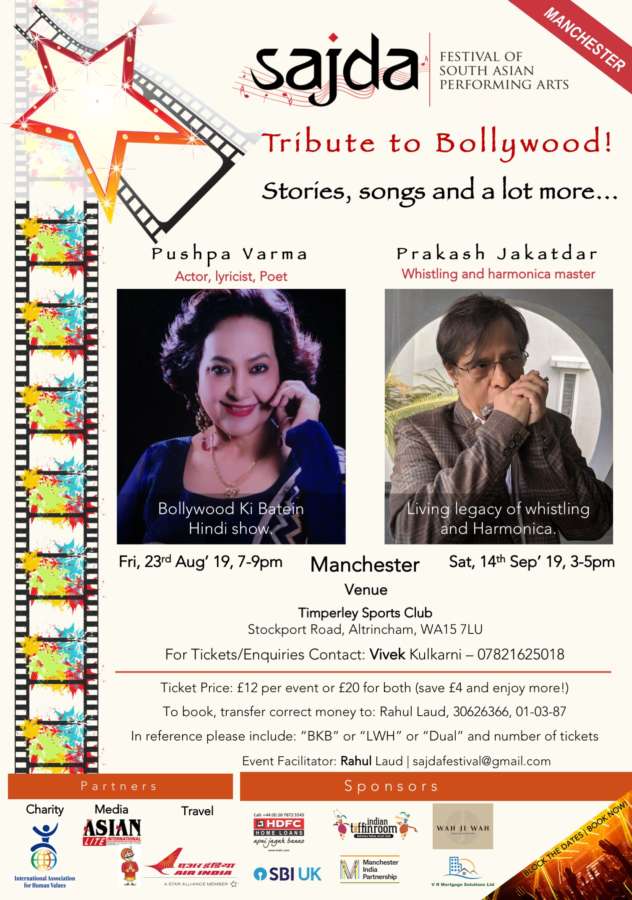 Pushpa Varma who is renowned character actor with over 25 years of Bollywood experience, a known Hindi poet and lyricist will share her journey – ‘’Bollywood Ki Batein ‘’ and sing some of her latest written and composed songs going viral on YouTube. Pushpa will share her acting experiences with superstars Amitabh Bacchan, late Vinod Khanna, Salman Khan, Govinda and the younger new lot of stars in Bollywood. Her experience with Bhojpuri cinema is very rich. A tete a tete, live poetry and a live audiovisual presentation with her songs will mesmerise Bollywood fans. The audience would also engage in a question and answer session with her to dig deep into the latest Bollywood gossip.

Prakash Jakatdar is an internationally acclaimed Harmonica (mouth organ) and Whistling champion. He will take you down the memory lane in the golden era of the 60s, 70s and 80s when Melody was King. He will also perform popular Bollywood songs and share his experiences meeting top Music arrangers in Bollywood. Prakash will enthral the audience with his specialised segment of Impact of Hollywood On Bollywood. ‘’Art forms like Harmonica and whistling are dying out while instruments such as the keyboard are taking over,’’ laments Prakash. .