After a gap of 14 years, Vikram Hazra returns to UK to mesmerise his fans, followers and audience with his inspirational music. Aditi Jain reports for Asian Lite news on his forthcoming multi-city tour. 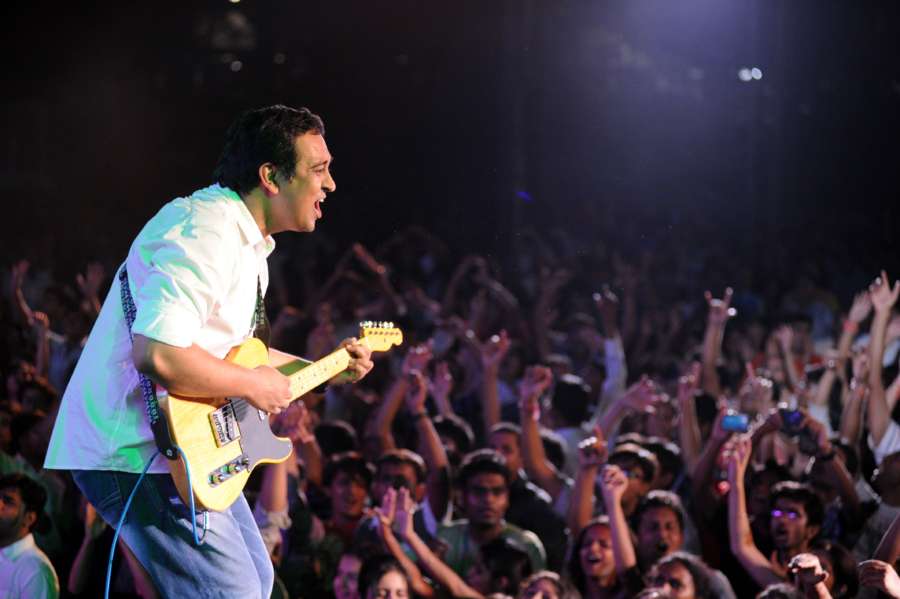 The SAJDA (South Asian Performing Arts festival) is organising an event titled the ‘Song of the Soul’, presenting Vikram Hazra in concert with Soumya Jyoti Ghosh. The event intends to provide a platform for spiritual and inspirational music lovers to offer their gratitude to performing arts.

Commemorating 150th birth anniversary of Mahatma Gandhi, The Song of the Soul concert will take place in London (Bush Hall) and Manchester (Band on the Wall) on 1st and 2nd June respectively. On 1st June, it begins at 1.30pm BST and 2nd June at 2.30pm BST. The music concert incorporates elements from cultures like Africa and South America, moving poetry from Kabir, Merbau, Khusrau and Guru Nanak, as well as folk compositions from remote corners of rural India, representing Vikram’s personal journey of self-discovery through music.

Song of the Soul is a unique and seamless meld of ancient Sanskrit chants and a jazz-rock sensibility. As Vikram says “I don’t believe in ‘remixes’ and ‘fusion’ per se; the purity of the chants is maintained as I have merely changed the frame around the picture”.

Vikram Hazra is an internationally-acclaimed artiste, who is one of the most foremost names in devotional music. He has 15 released albums to his credit along with packed concerts across 49 Countries. He is also known for being the first to introduce the electric guitar and a jazz-rock sensibility into this genre, presenting folk music, traditional chants and ancient philosophy in an exciting world music format. The global hit Krishna bhajan “Acchutam Keshavam” that recorded an all-time success at the music album sales was sung and composed by Vikram.